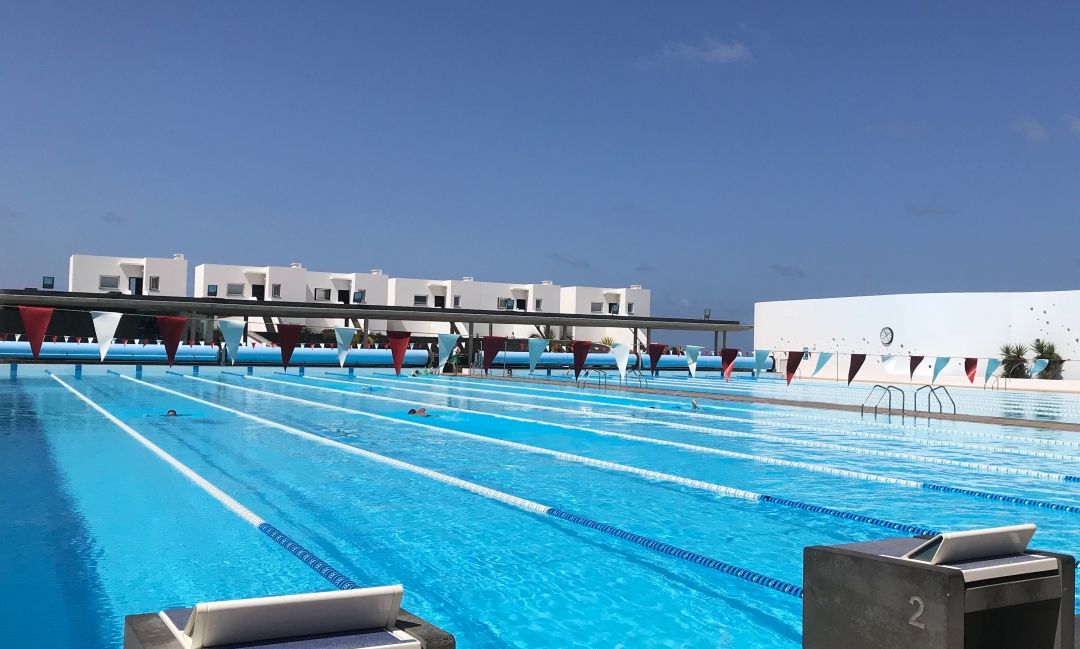 Once again it has been rather a long time since my last post. As always, any time between working and training is mostly taken up by sleeping or eating, so the writing has very much taken a back seat. Also, we were off for the Easter holidays, and we were very lucky to return to our favourite place (possibly in the world) which is the resort of Club La Santa on Lanzarote. We have gone there for a week every Easter for the last four years (and one fortnight in the summer a couple of years ago), and the group we travel with has grown exponentially year on year. Made up of friends from our triathlon club, we reached 40 in total this year. La Santa is essentially a triathlon training camp, but with bells and whistles. Once there, all the facilities (other than food) are free, as is the instruction from the most marvellous Green Team (a group of highly trained, bronzed and gorgeous fitness instructors). Equipment can be used at will, and the list of daily group classes/events/competitions is endless. Situated on the north-west coast of the island, it is quite isolated, but this means that the children are safe and can roam free in the resort doing what they fancy, while we do what we want.

All of our work colleagues and non-triathlon-doing friends look aghast when we say we are going to a training camp for our holiday, but you can do as little, or as much, as you like, and there is plenty time for rest and relaxation. That is, until you visit whilst training for an Ironman. Now don’t get me wrong, training somewhere delightfully warm, with no work to fit in, and spare time to spend relaxing with family and friends is far preferable to our usual dashing out in the dark, after work, between child pick ups to train. But before we left, Crawford sent us our training plan for the week. This was mine: 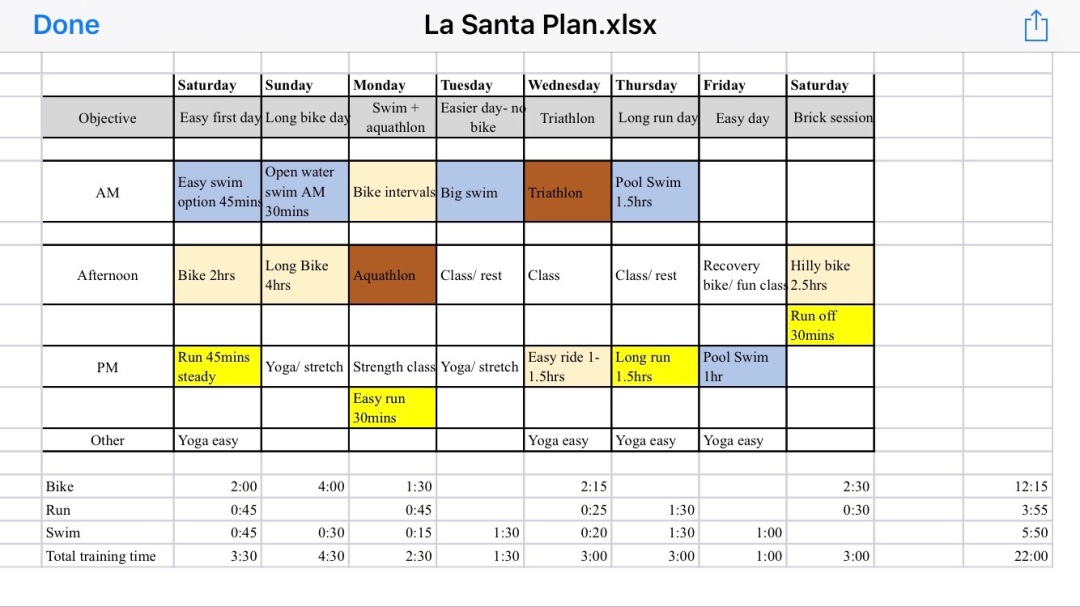 Suffice to say it was quite tiring. There were five of us training for the Ironman whilst we were there, and we did spend rather less time with everyone than last year. It was also slightly difficult for the five of us to do everything together as we all had slightly different schedules, and most importantly are all different speeds. We decided for our long cycle we would do the Lanzarote Half Ironman route which includes essentially Mount Everest in the middle (I was as surprised as you to find Mount Everest on Lanzarote, but there it was half way through the cycle). Knowing that the others were all a bit faster than me, and not wanting to either hold them back, nor spend the whole time stressed that I couldn’t keep up, we went in two groups; essentially all the others, and me. My lovely Jamie agreed to come and keep his old mother company and we cycled the route together. It transpired, in fact, that we didn’t take much longer at all than the others, and indeed bumped into them intermittently throughout the day, but it meant we could go at our own pace with no anxiety. And one thing I really noticed on this holiday, was how much my cycling has improved since we went last year. Lanzarote is very hilly and I found many of the regular ascents much easier. (I think the training is actually paying off!). 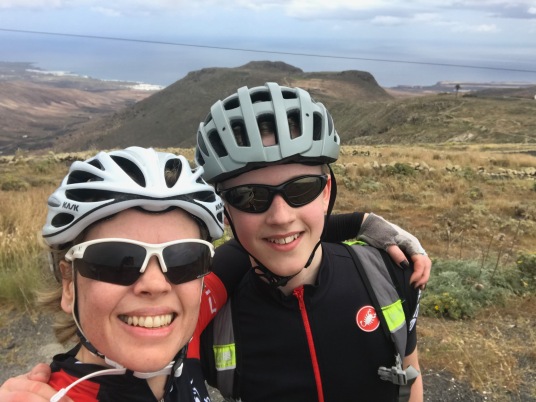 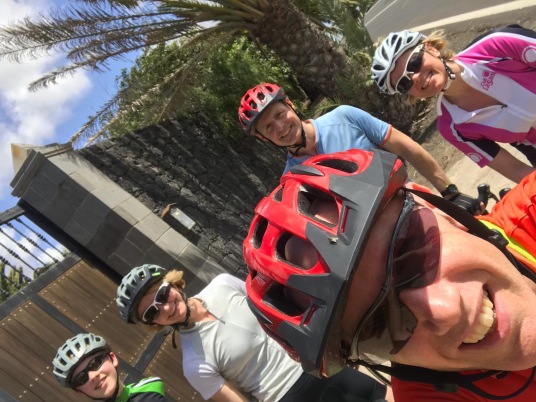 On top of the long cycles, there was a good bit of running and some long swim sets, but swimming in a beautiful, clear, open air 50m swimming pool makes a welcome change from what we’re used to. (Although quite daunting. 50m feels terribly long when you’re used to a 25m pool). We also had the chance to get in the open water for the first time this year in the resort’s lagoon, although pleased as I was with my 2km open water swim, I actually had to stop not due to tiredness, but because I was developing gaping sores on either side of my neck where my wetsuit was rubbing in the salt water – important lesson learned).

There are also organised races during the week – this year I didn’t do the aquathlon so enjoyed watching everyone else compete, but the majority of us took part in the Green Team Triathlon – this is somewhere between a novice and a sprint distance event and is great fun. They’ve also changed the cycle route (it was previously an out and back up a huge hill to the next town, but it was getting a bit dangerous, so now it’s a few loops round the resort – much less hilly and a good bit faster) so it was easier for the older children to compete too. 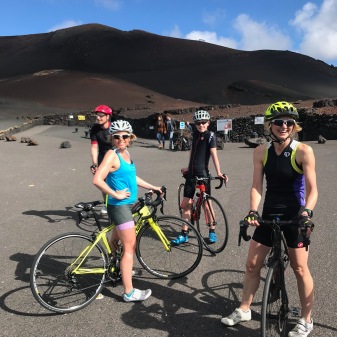 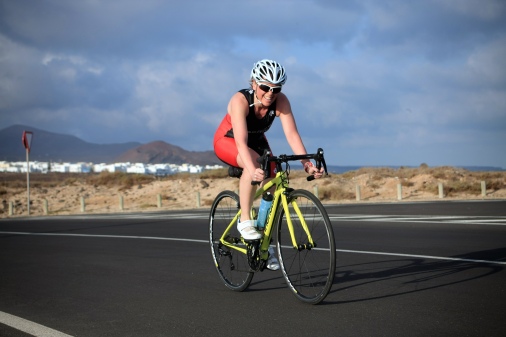 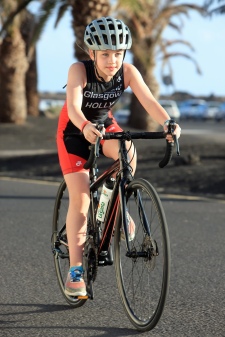 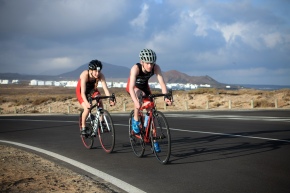 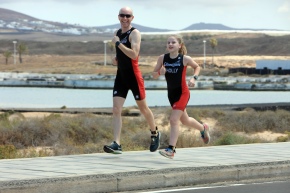 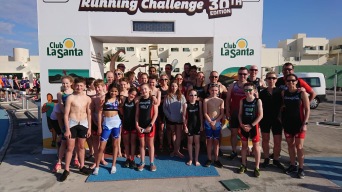 One lovely highlight of the week was when we bumped into Champion para-triathlete (and Strictly star) Lauren Steadman who was out training at the same time as us. A complete delight and just as lovely as she appeared on the TV! 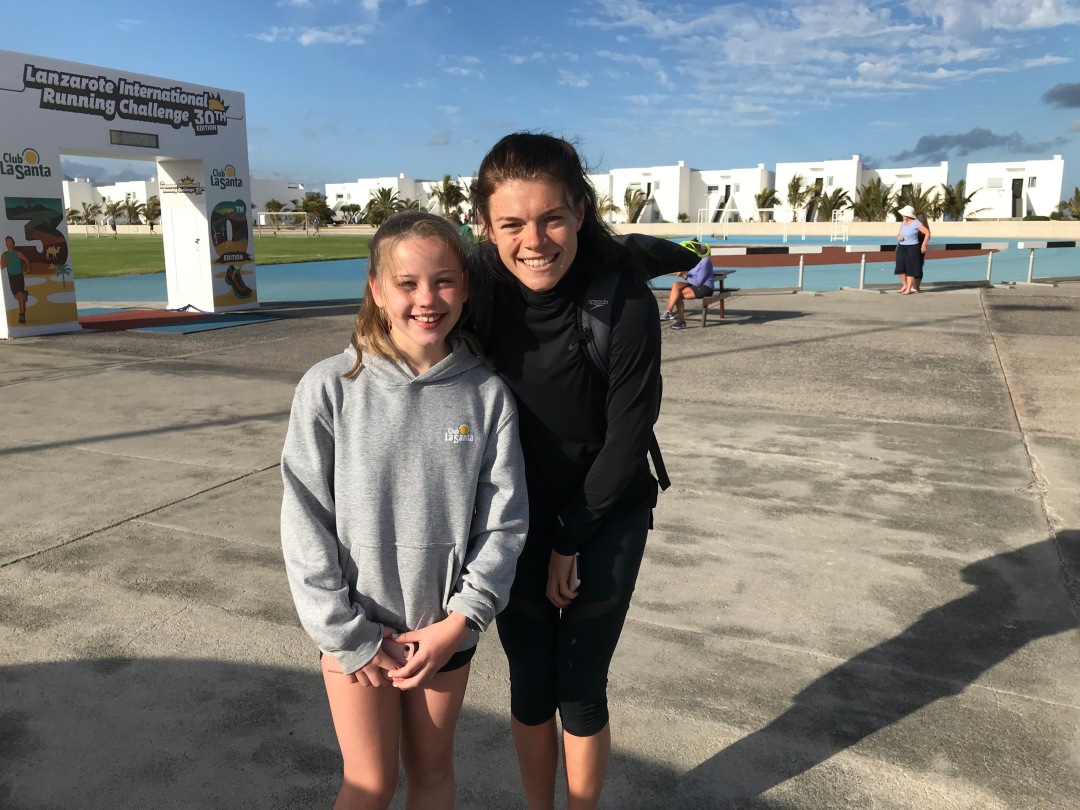 But importantly, we did manage to squeeze in some post training fun, from cocktails by the pool, to coming runners up in the La Santa quiz, and the unforgettable karaoke, before all to quickly it was time to leave. For anyone thinking of an activity-based holiday, I can’t recommend La Santa enough. We’re just in the process of booking up next year…… 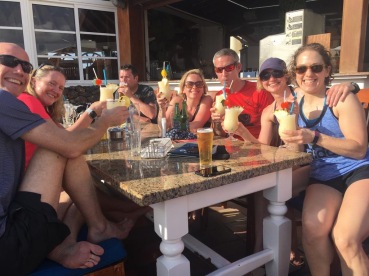 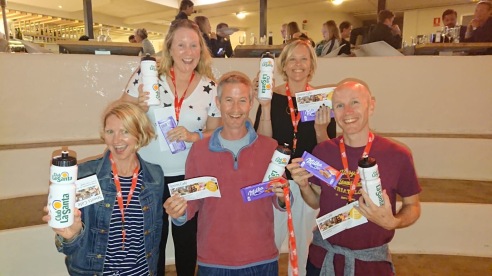 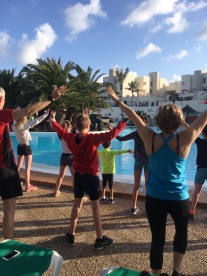